A little bit more adventure than we bargained for

For the sake of our families, let me start this blog post by saying that Jeff is alive and well and back “home” in Audrey…

We’re boondocking (more on that tomorrow) in the Anza-Borrego wilderness area of Southern California and on Saturday, March 8th Jeff decided to pack up his daypack and go for a big hike while I relaxed at our campsite. This isn’t an area with trails - just miles of desert and mountains as far as we can see. He left around 11:30 AM and by about 4:00 PM I started scanning the horizon for him regularly. At 5:15 PM it started getting dark and I was having my first stirrings of nervousness. By 6:15 PM it was nearly fully dark and I was officially scared. For one thing, this was the time when we’d heard all the coyotes howling the night before. For another thing, I knew he would never plan to stay out after dark because he would know I’d be nervous. Was he lost? Hurt? By now I was having the Big Debate with myself: how long did I give him before I went and got help? Our cell phones don’t work here so in order to get official 911 help I would need to get in the car and drive toward town. What if Jeff returned while I was away? Should I go ask our nearest neighbor to stay at Audrey just in case? But then how would they notify me if he did return? By 6:30 it was completely dark and I was having a minor breakdown when I saw what I thought was a flashlight in the far distance. Could that be Jeff? Was it blinking in SOS mode or was that just a trick of the cooling desert floor? And if it was in SOS mode could I reach that spot with the truck or would I need to hike (with the coyotes and rattlesnakes)? I waited to watch the light for a while, convincing myself on and off that it was or wasn’t Jeff over and over. Finally at 7:00 I could see that the light was closer in a spot I could definitely reach with the truck so I drove toward it and several minutes later I came upon Jeff hiking toward me. I’m not too proud to say that I sobbed like a baby with relief. 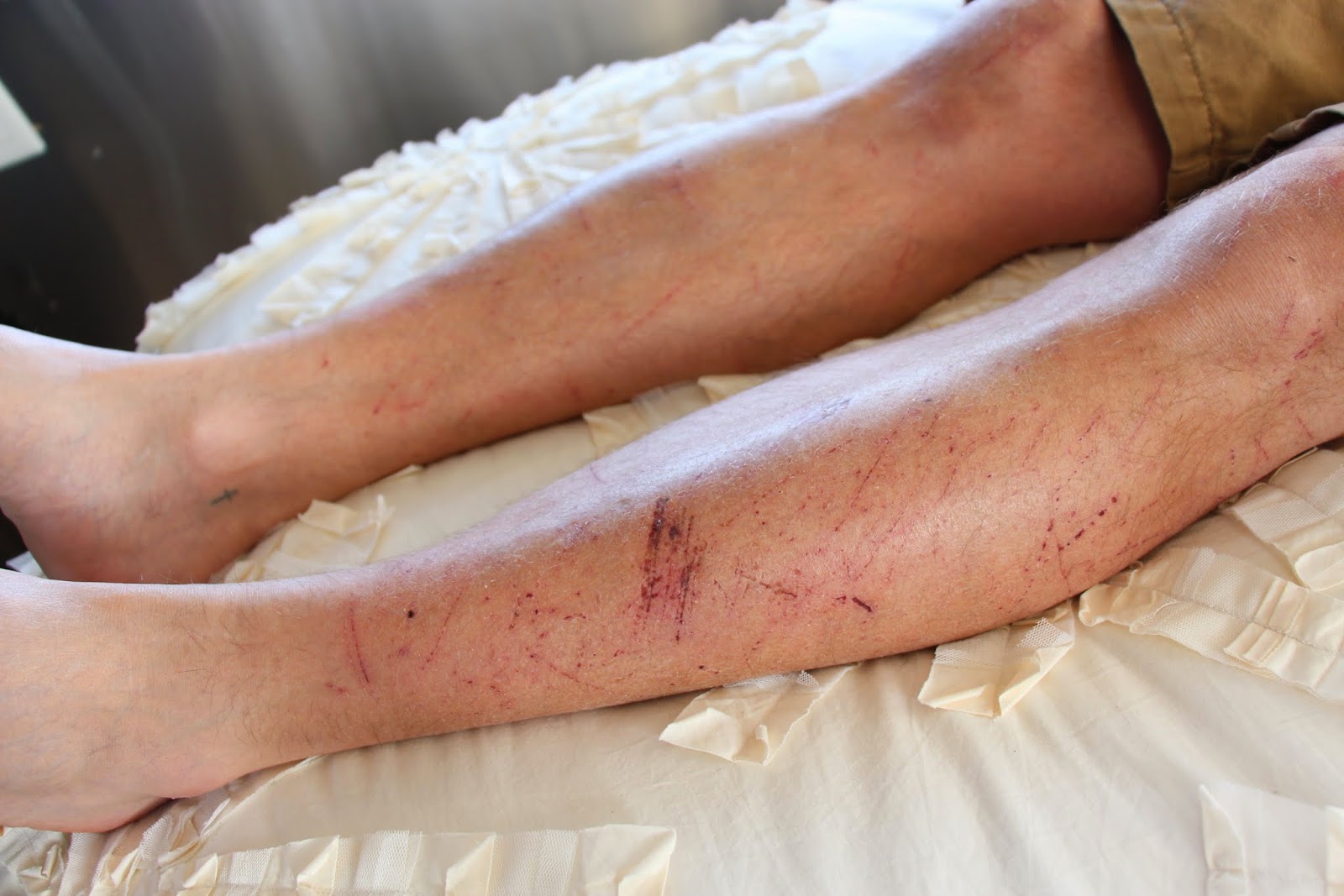 Thankfully he was unhurt, but he was definitely exhausted and dehydrated and had multiple scratches all over his arms and legs. We got him back to Audrey and gave him some water but it was too much too fast and he was sick, which definitely made me more nervous. He was also shaky and clammy - I think maybe a bit of shock? Or just an adrenaline release? My first aid classes were about 15 years ago but I knew enough to see that I thought he might need IV hydration, so I packed him in the truck and drove the 7 miles to Borrego Springs, which had zero options for help that I could readily find. While I was googling Urgent Care clinics (32 miles away!) and hospitals (76 miles away!) I got him some Gatorade which magically did the trick. He was feeling better within moments of drinking it so after a debate he convinced me to drive back to Audrey, where we got his scratches all cleaned up, got him showered and then tucked in bed for 10 hours of sleep.

He’s doing well today and has been drinking plenty of water and taking it easy and seems to be his old self again. It turns out that navigating via GPS in mountainous locations is a lot different than where he’s often hiked before. His “straight line” home covered a vertical ascent of 2300 feet and then the same descent on the other side. It was the ups and downs that took all the time - a lot of rock scrambling. And by the time the sun was starting to get low in the sky he was trying to race home because he knew I’d be worried, so that’s where many of the scratches had come from. All in all he covered over 14 miles, most of it in 90-degree heat!

Here are our lessons learned:


So, again to our families: Jeff is fine. But that was definitely more “adventure” than we were looking for on this trip, let me tell you!

[In case you’re wondering: I wrote this blog post in Audrey then drove up to the road where we could get a signal with our mifi device and posted this from there.]
Posted by Heather at 5:03 PM