Nevada is the proud home of one national park: Great Basin. When our son Josh was visiting in May we took him on an Audrey camping outing there for three nights. The park is about a 6-hour drive from the Vegas area but when you get there you feel like you're in a different world! There are tons of trees, lovely streams, glaciers, and huge mountain. In fact, even in May when it was already in the 100s in Vegas, there was still snow in many parts of the park and we couldn't even drive up the entire lookout road due to snow!

We had a beautiful campsite in Lower Lehman Creek Campground right next to a stream. It brought back great memories of when I was a kid in Oregon and we always camped at Still Creek campground at Mt. Hood next to a stream. 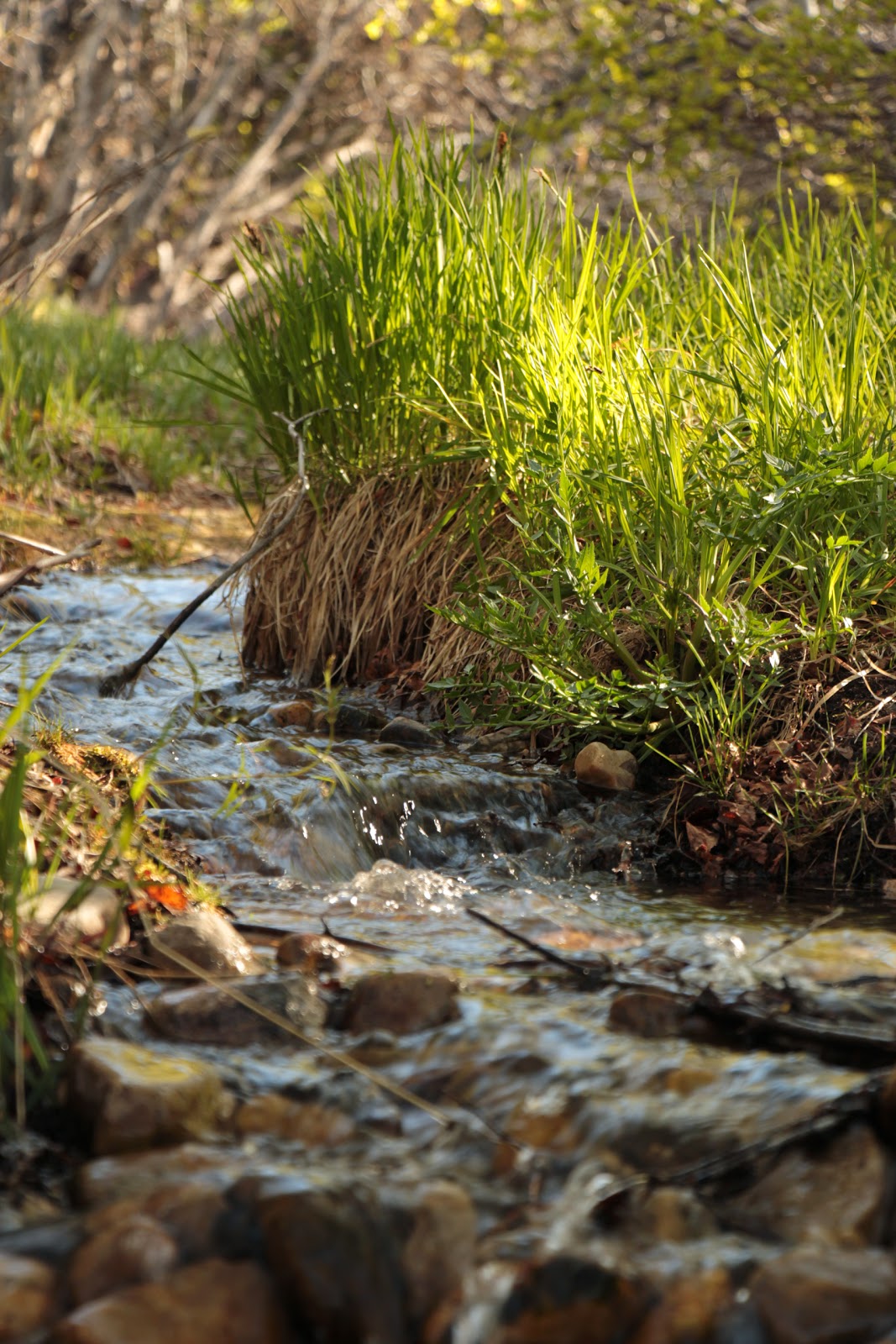 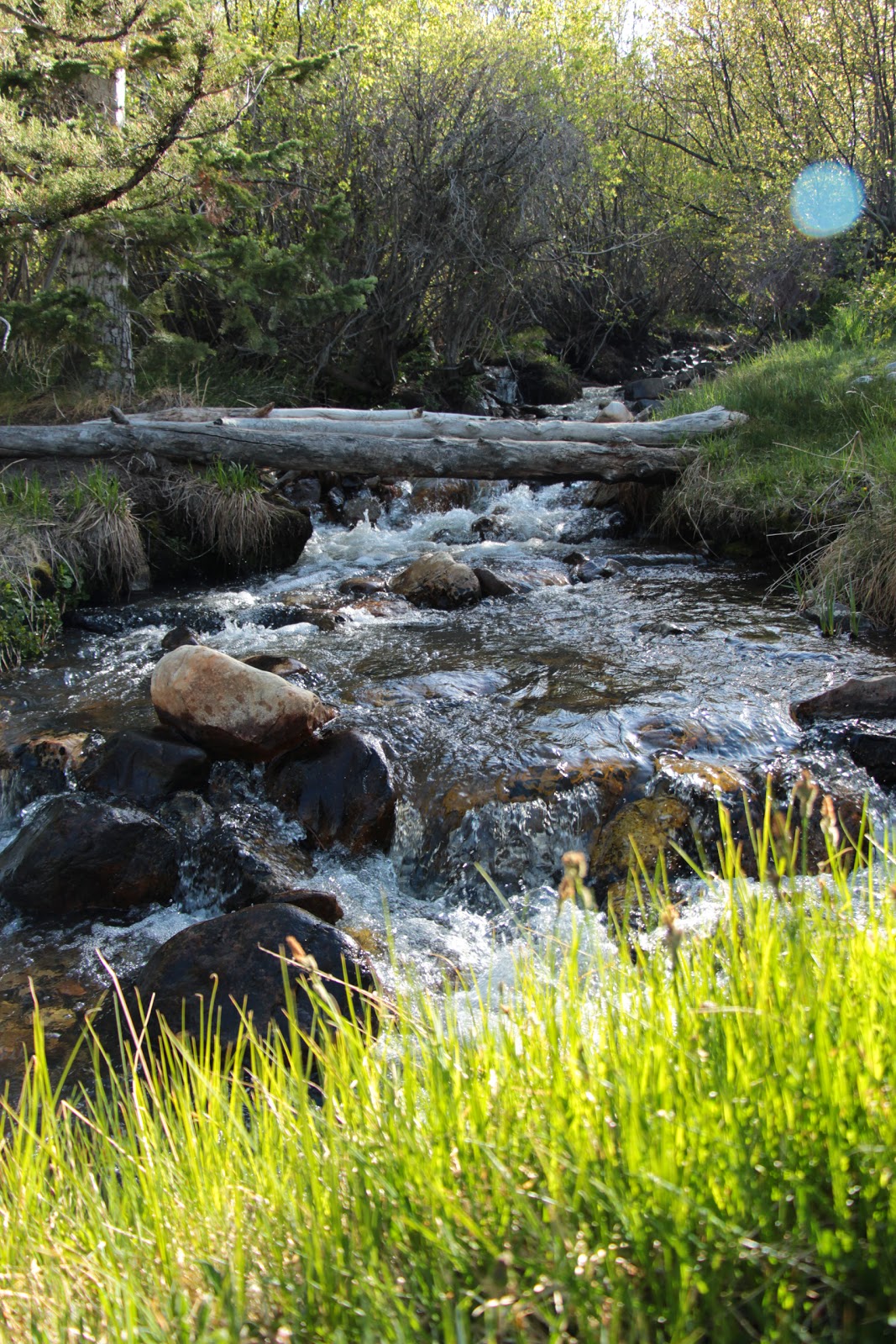 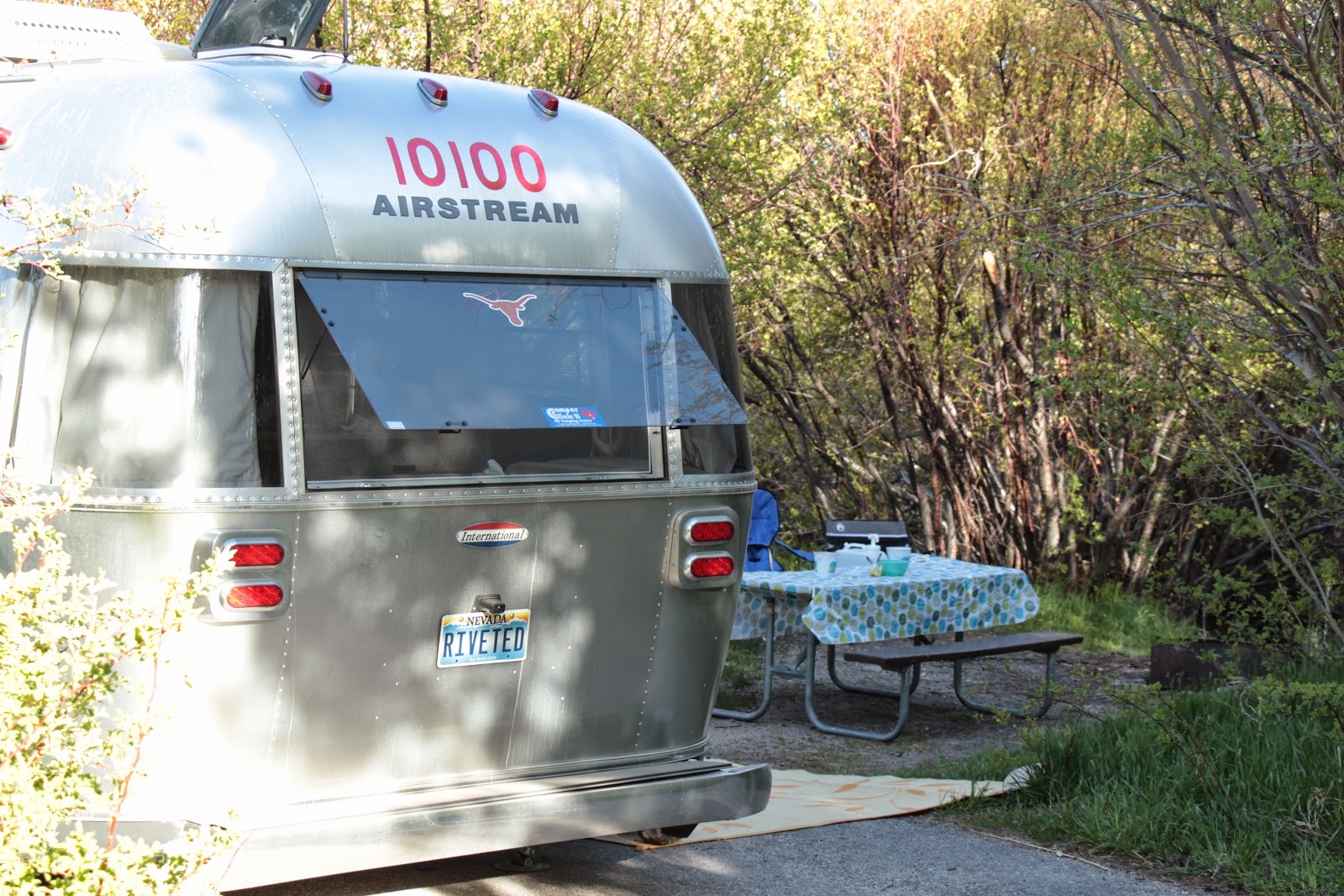 There are three big things that Great Basin National Park is known for. The first one is Wheeler Peak which is visible in the next photo. There is a lookout point at the top of it but the road was closed due to snow so this is as far as we could get. It's also known for the ancient Bristlecone Pine forest there, but again - we couldn't get to it due to snow! And finally, they also have Lehman Cave which the boys visited without me (since caves are my worst nightmare). 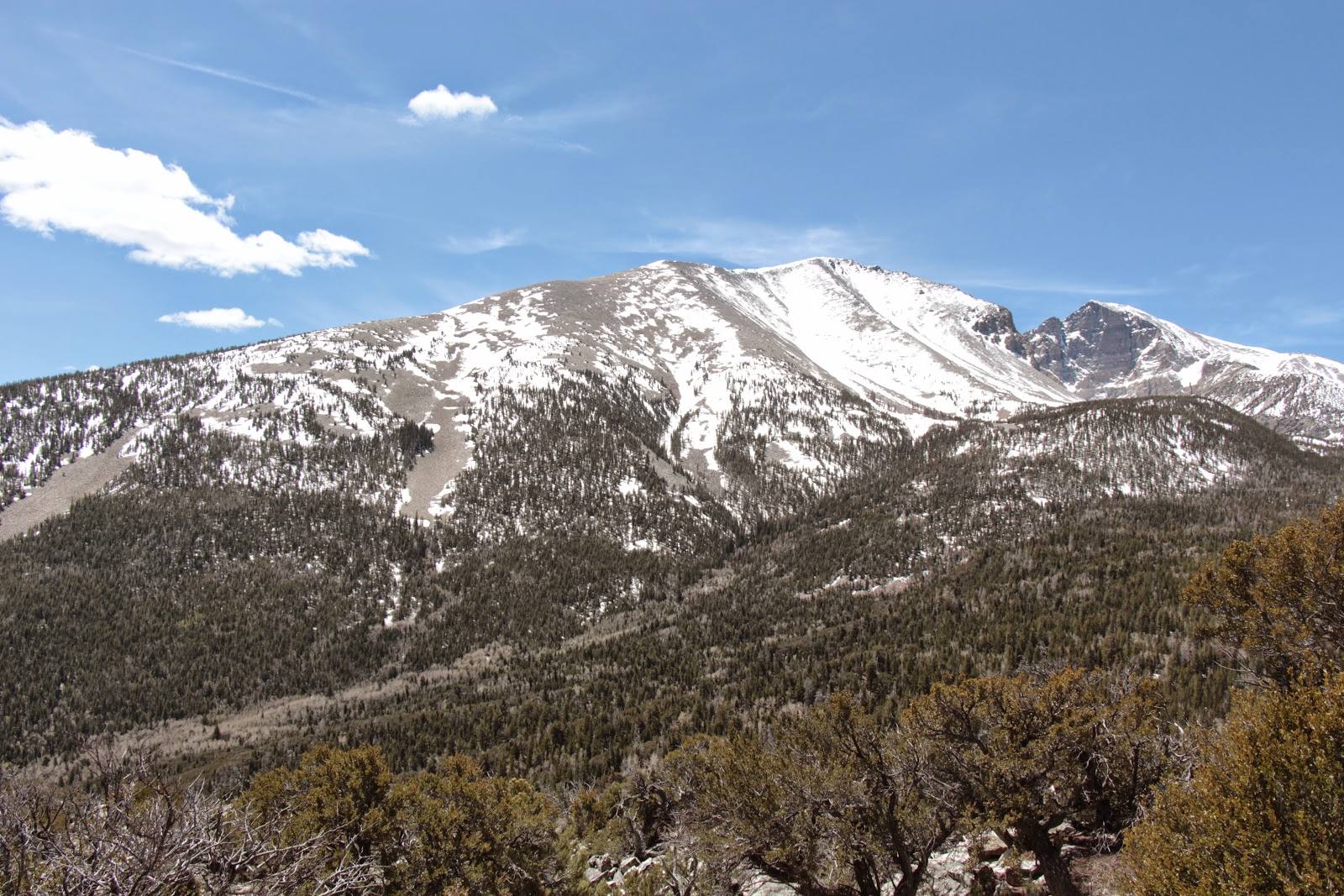 On our second day at the park we did a big 8 mile roundtrip hike. It wasn't only the length that was fairly challenging, it was the altitude. We started at 8000 ft and rose to 9500 ft. Whew - it's hard to breathe up there! 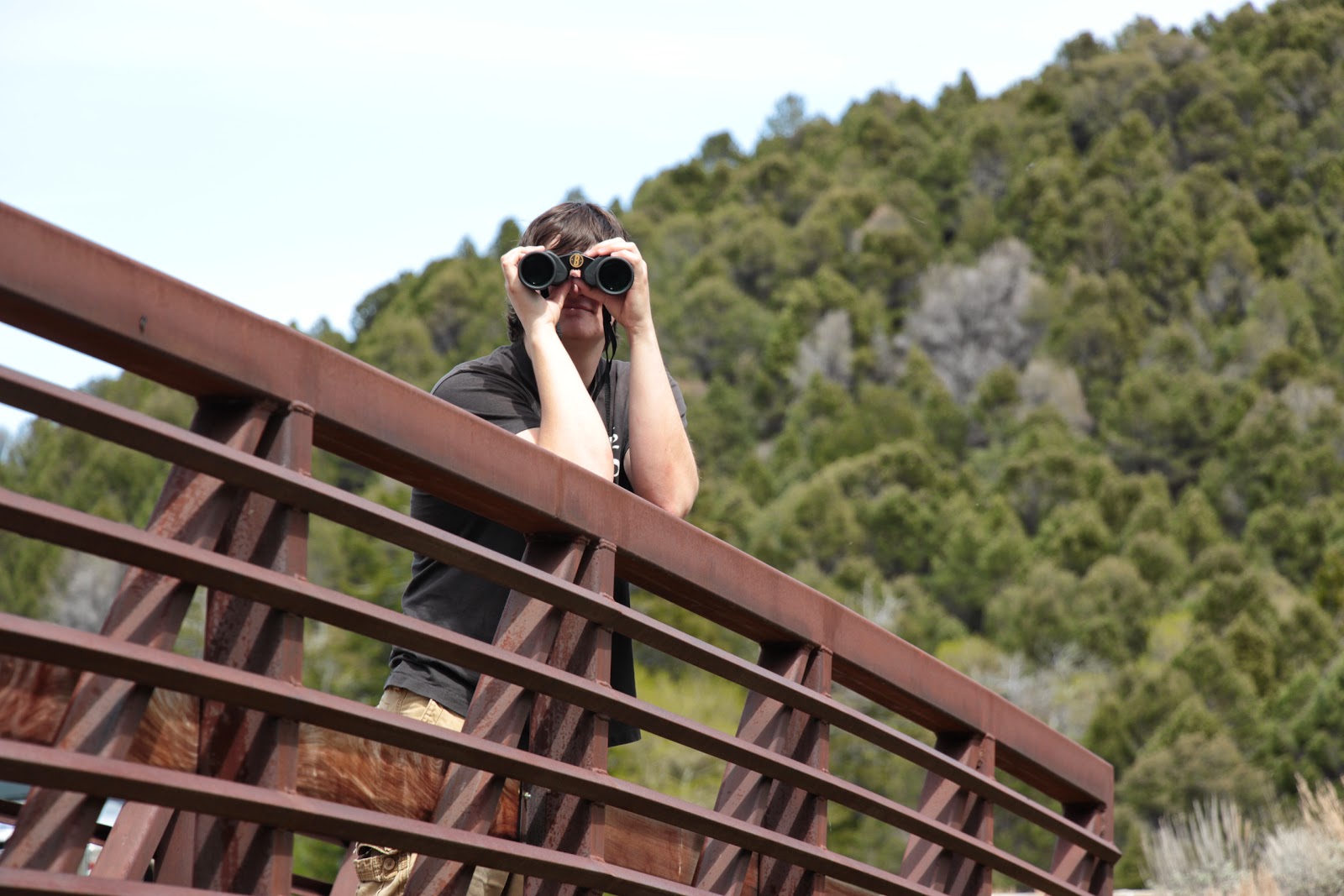 We all three had a really enjoyable time and we'd definitely go back. Although because it's such a long drive there, I'd rather visit on our way to or from another place!
Posted by Heather at 7:43 PM