Audrey is the star of this show. She's a 2013 Airstream International Signature 27FB (27-foot front bedroom, in case you're wondering) and oh, she's a beauty. We gave her the name Audrey because we thought it reflected her retro-ness and her classy-ness...you know, like Audrey Hepburn.

We bought Audrey from the very nice folks at Camper Clinic II in Buda, Texas (thank you, Annette - you're awesome!) on October 4, 2013 and immediately hit the road with her that very same day in our cross-country move from Fredericksburg, Texas to Henderson, Nevada. It was definitely trial by fire that first night of hooking up in the dark in Ft. Stockton, Texas. We frantically tried to remember everything we'd learned that morning during our orientation session and we're happy to report there were no mishaps. Day 2 featured a stop at the Target in Roswell, New Mexico to get some very important additions for Audrey, such as a Keurig coffee maker and a door mat, and we were starting to feel like pros.

Every month since we've had her we've taken her out at least once for a camping excursion, which was our promise to ourselves when we bought her. 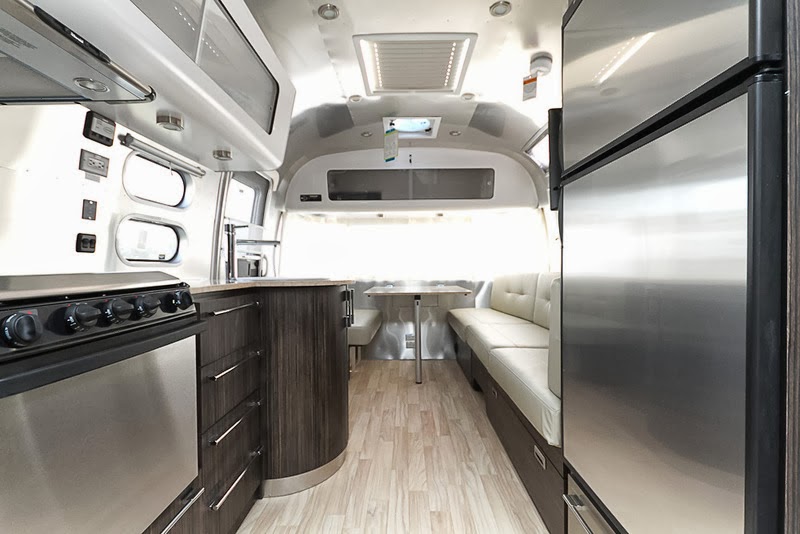